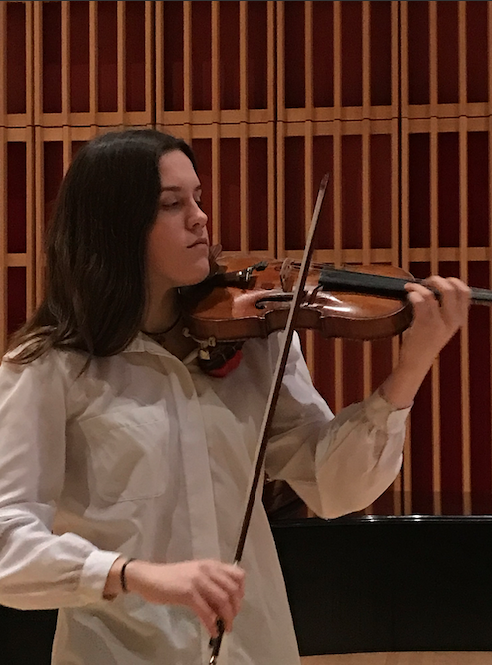 Violin
Saugerties, New York
Bard College and Conservatory
Katherine Chernyak is currently a third year at Bard Conservatory of Music in Erica Kiesewetter's studio. She has been concertmaster of the Little Delaware Youth Ensemble and assistant concertmaster of the Binghamton Youth Symphony Orchestra. Katherine participated in the Oneonta Concert Association Youth Program in the 2017-18 season and attended the Eastern Music Festival in 2019. In the fall of 2019, Katherine won the concerto competition in the Binghamton Youth Symphony Orchestra, and she played as soloist in their winter concert in January 2020. In the summer of that same year, she studied with Jenny Gregoire and Nancy Chang. Katherine returned to the Eastern Music Festival in 2021 where she studied with Randall Weiss. She has also soloed with the Little Delaware Youth Ensemble and the Hartwick-SUNY Chamber Orchestra. She has participated in masterclasses led by Richard Rood, Simin Ganatra and Austin Hartman of the Pacifica Quartet, Eugene Freisen and Jeffrey Multer. Katherine has taken lessons from Richard Rood, Qing Li, Adele Anthony, Fabiola Kim, Yehonatan Berick, and many others. Prior to studying at Bard, Katherine attended Hartwick College, studying with Uli Speth.