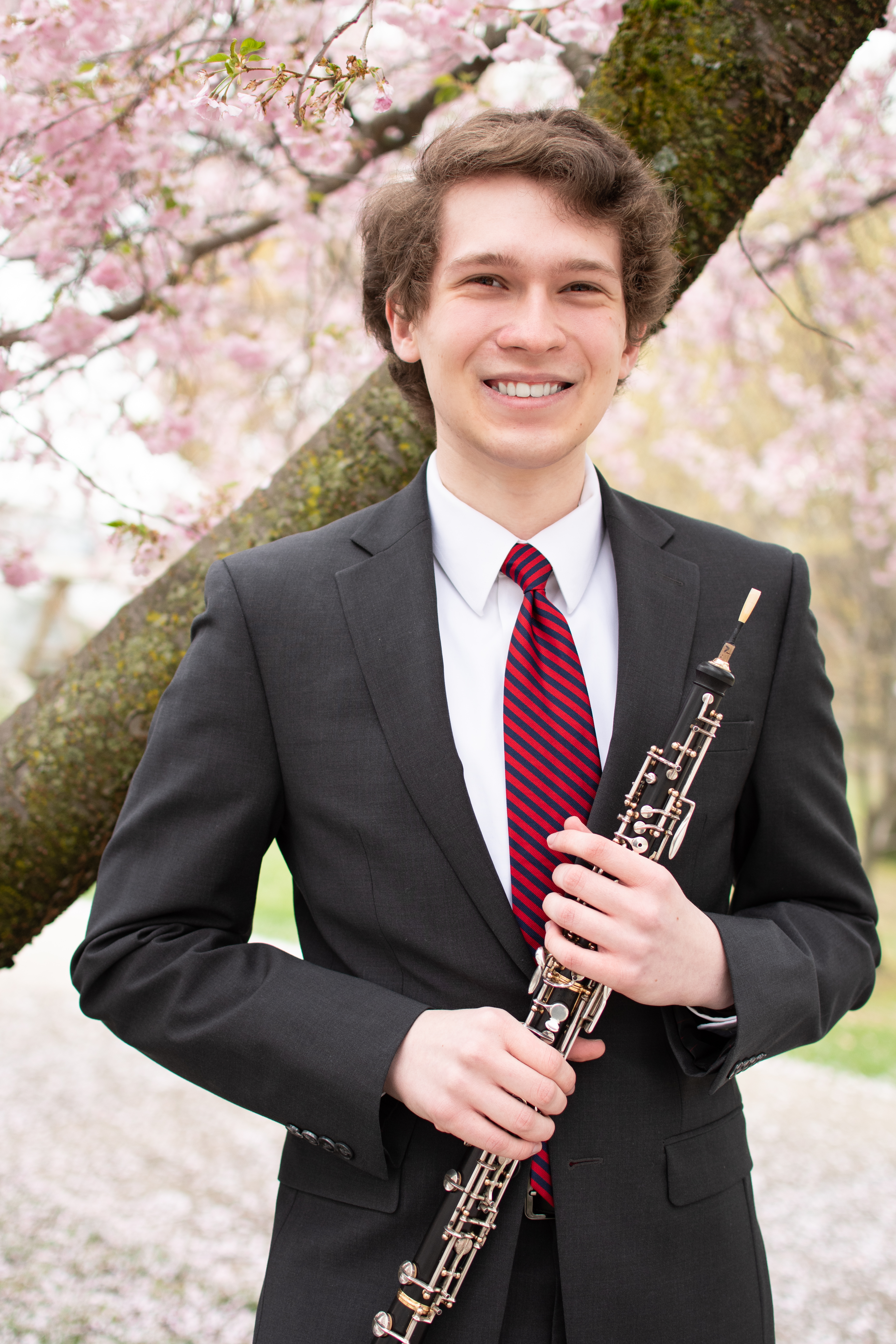 Oboe
Washington, DC
Eastman School of Music
Peter Davies is a student of Richard Killmer at the Eastman School of Music in Rochester, New York. Prior to his undergrad, he was a student of Erin Hannigan. In 2021 he was a member of the National Orchestral Institute Festival orchestra under Marin Alsop. Peter was a member of the National Youth Orchestra USA for the 2017, 2018, and 2019 seasons, touring Europe, Asia, and South America. He has played in youth or community orchestras, notably the Greater Dallas Youth Orchestra, since 2013. Peter has shown further success in competitions, winning First among winds and Third overall in the 2018 Blount-Slawson Competition, First Prize and Audience Favorite in the Music in the Mountains Concerto Competition, and First Place in the Greater Dallas Youth Orchestra Concerto Competition. Peter has played under the batons of Marin Alsop, Michael Tilson Thomas, and Sir Antonio Pappano and alongside pianist Jean-Yves Thibaudet.