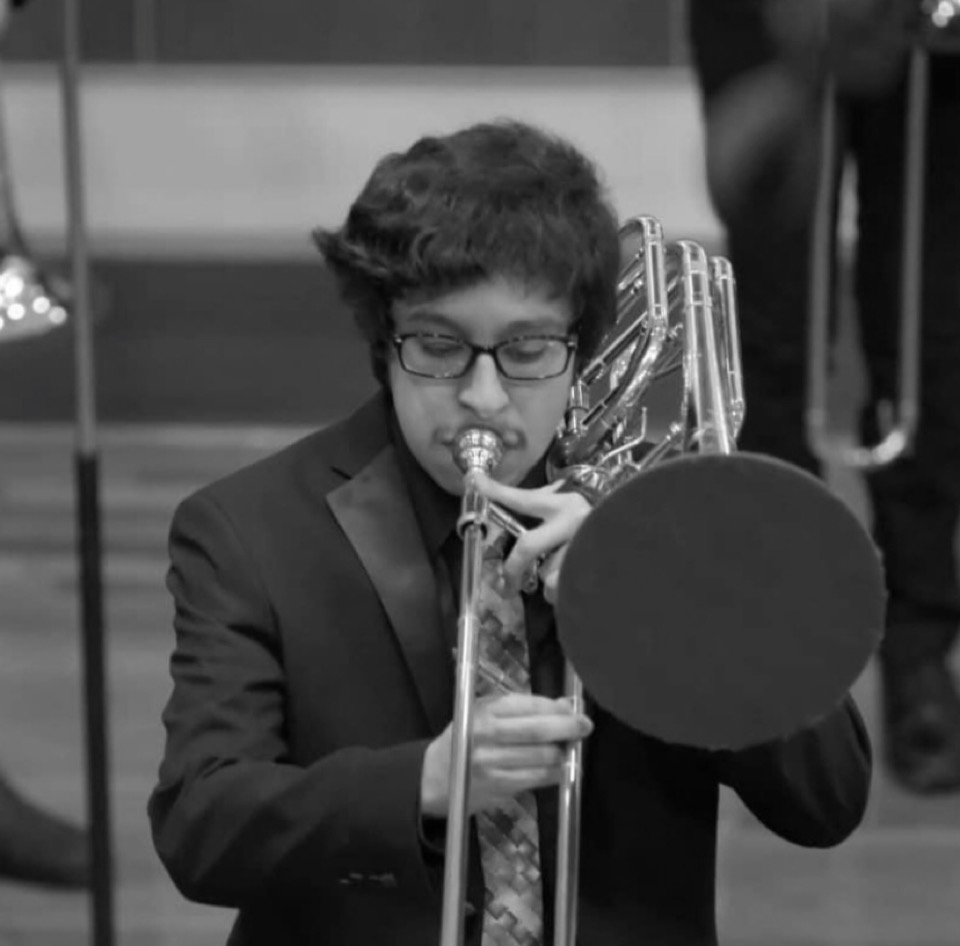 Bass Trombone
Chicago, Illinois
Cleveland Institute of Music
A native of Chicago, Illinois, Rafael is currently a freshman at the Cleveland Institute of Music studying with Randall Hawes. He began playing the trombone at the age of 9 and quickly fell in love with it as he kept progressing on the trombone. In 6th grade, he became a student at the Merit School of Music on the weekends, where he has worked and advanced his way up to be part of the top ensembles of the program through high school. At Merit, he had the privilege to study with Colleen Bayoneto and Timothy Riordan, and he made the switch to bass trombone in 8th grade. Rafael was also a part of the Chicago Youth Symphony Orchestra for two years, under the direction of Allen Tinkham.

From 2017-2020, Rafael was part of Merit's top trombone quartet: The Bone Rangers, where they've done everything from playing gigs in the Chicagoland area to competing in prestigious chamber music competitions, including the Fischoff National Chamber Music Competition and appearing on NPR's From The Top, where Rafael was also a recipient of their Jack Kent Cooke Award.

In 2019, Rafael won 1st place in Merit's concerto competition, leading to his solo debut with Merit's Philharmonic Orchestra performing the John Williams Tuba Concerto. He was also appointed bass trombone of the National Youth Orchestra of the USA in 2020 and 2021. Rafael has had the pleasure of working under the baton of notable conductors, such as Carlos Kalmar, JoAnn Falletta, and Carlos Miguel Prieto.