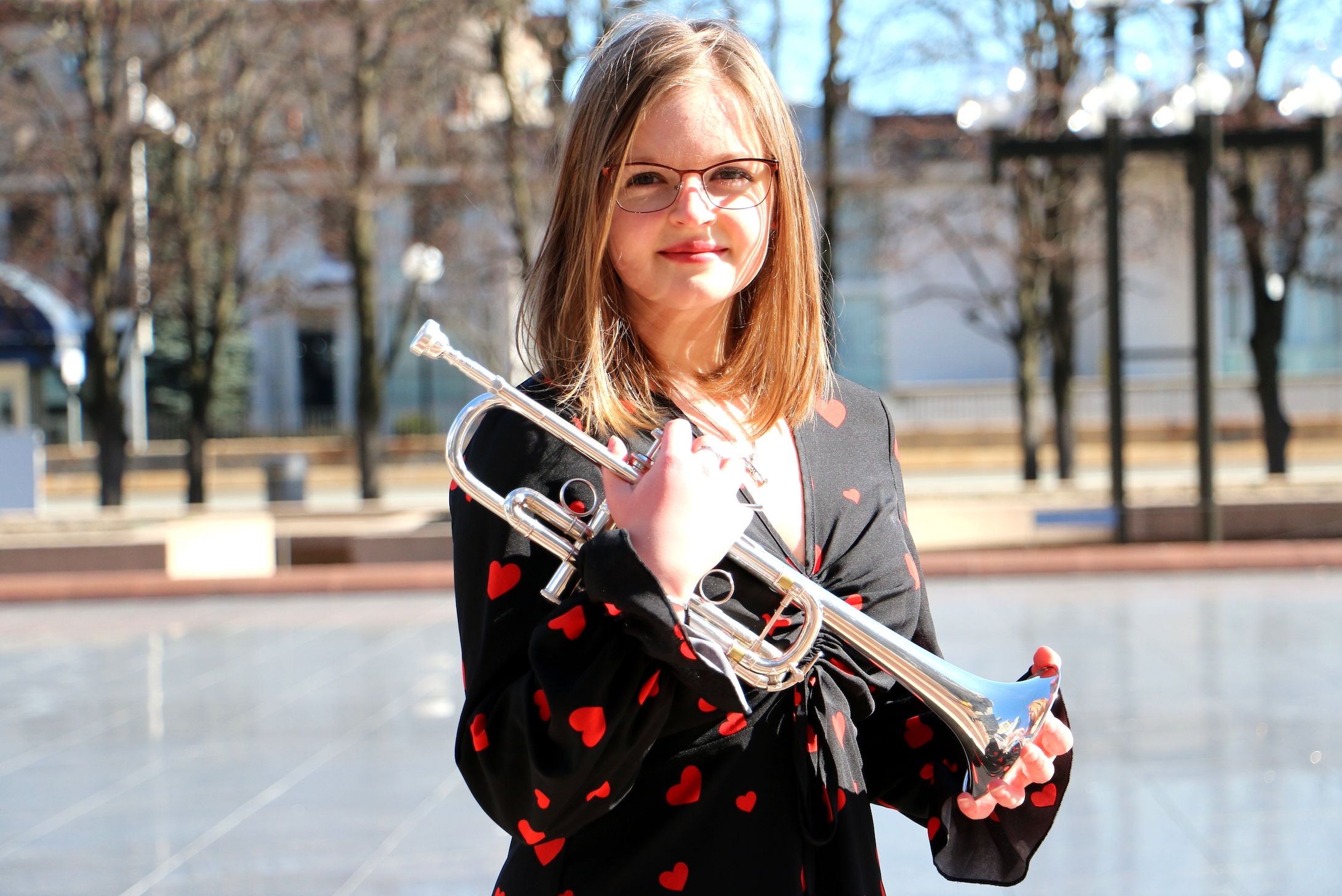 Since starting trumpet at the age of ten, Sarah has appeared as a soloist with multiple orchestras, including the Portsmouth Symphony Orchestra, the New Hampshire Philharmonic, and premiered a concerto with the Nashua Chamber Orchestra. Sarah was also a soloist at L’Eglise Madeleine in Paris, France. She was a semi-finalist in the National Trumpet Competition in 2021, received an honorable mention in the Ictus Competition in 2020, and placed second in the National Trumpet Competition in 2019. Sarah currently plays with the New England Conservatory Philharmonia and Symphonic Winds, as well as the Boston Philharmonic Youth Orchestra.