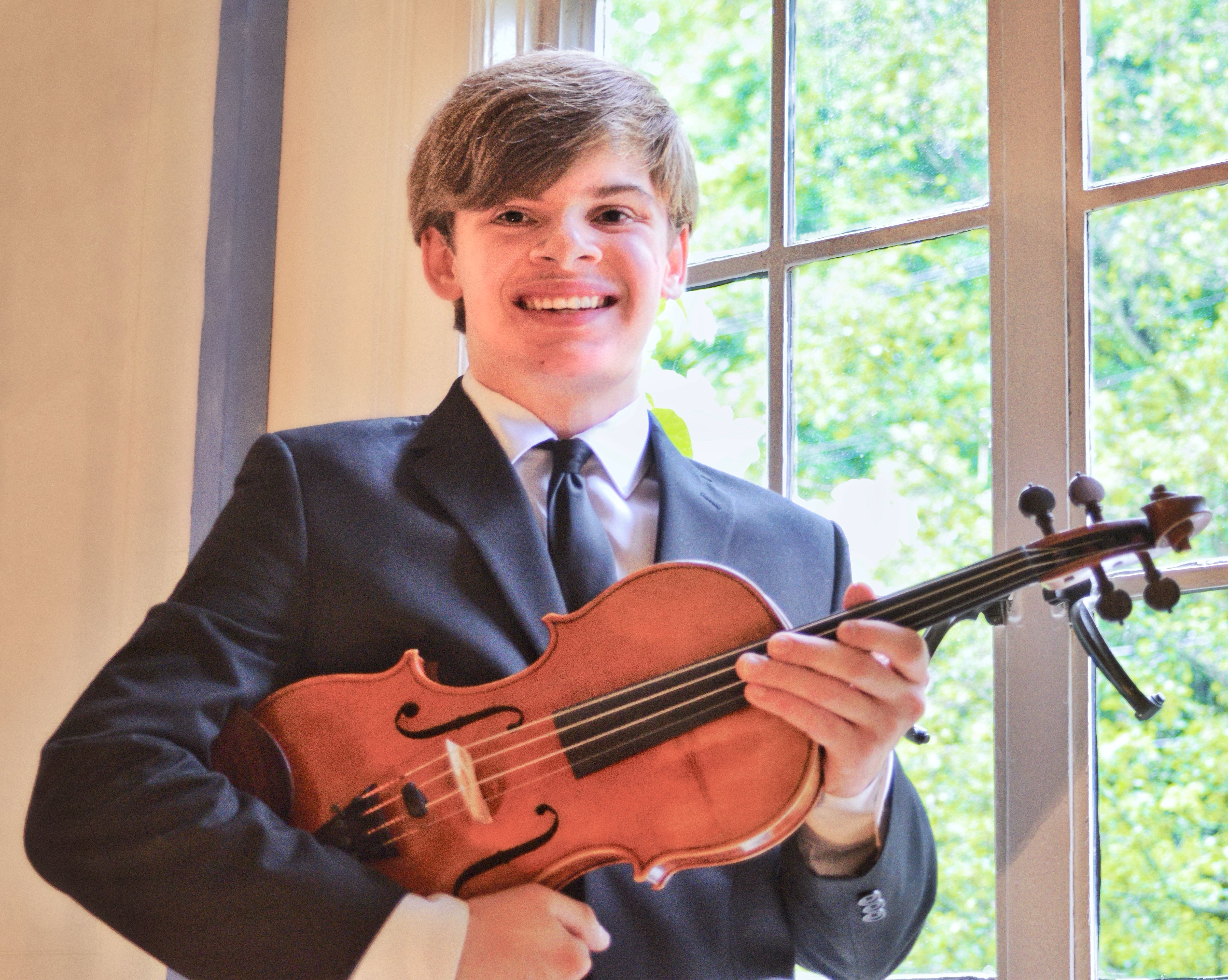 Viola
Dobbs Ferry, NEW YORK
Vanderbilt University
Lucas Legan is a rising senior at Vanderbilt University, where he is pursuing a major in music education with a concentration in musicology and a minor in German studies. He studies viola under Kathryn Plummer and Christina McGann at Vanderbilt’s Blair School of Music, and he has performed in masterclasses for many accomplished musicians and pedagogues, including Chauncey Patterson, Molly Gebrian, Philippe Chao, Daniel Foster, and Andrew Braddock. He has also attended the NSO Summer Music Institute, where he studied with Jennifer Mondie, Eastern Music Festival, where he studied with Chauncey Patterson, and Brevard Music Center, where he studied with Ralph Fielding.

During his high school years, Lucas was a student in the Honors Program at the Hoff-Barthelson Music School in Scarsdale, NY, where he studied viola under Naomi Graf in addition to weekly orchestra, chamber music, music theory, and musicianship instruction. Apart from his training at Hoff-Barthelson, Lucas was also a member of the New York Youth Symphony Orchestra, with whom he gave three performances at Carnegie Hall and a tour to Spain, as well as the NY Area All-State and All-State orchestras.

Outside of his studies, Lucas strives to share his music with others. He volunteers weekly at the W.O. Smith Music School in Nashville, TN, teaching violin to students ranging from K to 12th grade, and he performs regularly with the W.O. Smith Community Orchestra as their co-principal violist. Lucas is also a member of the Vanderbilt Music Outreach and VUMC Therapeutic Music organizations, which are committed to serving the Nashville community through music, as well as a councilman for the American Viola Society Youth Advisory Council, with whom he recently co-directed a recital to raise funds for the AVS Viola Bank.

Beyond his performance, Lucas enjoys reading about music history, as well as biking and watching movies with his family and friends.