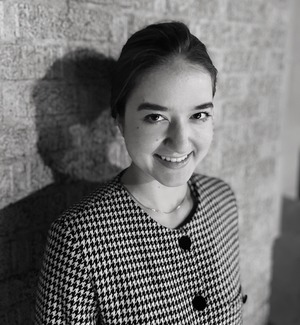 Violin
San Antonio, TX
Baylor University
Elise Maas, 21, is currently studying under Dr. Eka Gogichashvili and is pursuing a BM at the Baylor University School of Music. Originally from the island of Oahu, she studied under the Honolulu Symphony’s Nancy Shoop-Wu. After moving to Texas, she studied with Beth Johnson and concertmaster of the San Antonio Symphony, Eric Gratz. She also performed with the Youth Orchestra of San Antonio under the direction of Troy Peters.

In her musical career, Elise has had the opportunity of participating in various chamber music festivals such as the Cactus Pear Music Festival and the Credo Music Festival at the Oberlin Conservatory. She has also had masterclasses with University of Michigan’s Andrew Jennings, San Francisco Conservatory's Ian Swensen, and San Antonio’s chamber group Camerata.

Elise is an avid chamber musician, often putting her focus on working with other musicians in the intimate setting. She has been collaborating with others since the age of 8, playing works ranging from Schubert's “Trout” Quintet to Chick Corea's Addendum. She looks forward to continuing this focus and playing with colleagues at the Round Top Festival Institute.