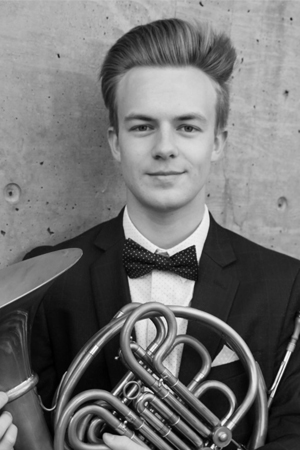 French Horn
Fort Worth, Texas
Cleveland Institute of Music
Micah Northam is a French hornist from Fort Worth, Texas, currently studying with Richard King at the Cleveland Institute of Music. He previously studied with Dr. Benjamin Raviotta, Adjunct professor of Horn at Southeastern Oklahoma State University. Micah is a four year Texas all state musician. He made his solo debut with the Fort Worth Youth Orchestra at age 17, and has won first place in the TCU Hornfest solo competition, as well as been a finalist in the Curtis Summerfest concerto competition, and the Texas Association of Symphony Orchestras Juanita Miller competition. He was named Most Outstanding Performer at the Texas state UIL solo competition. Micah currently holds a position as fourth horn in the Lima Symphony Orchestra.