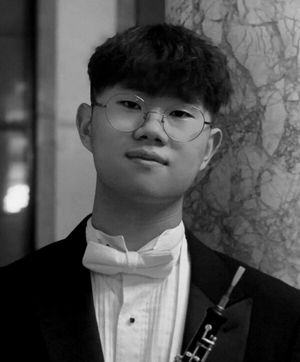 Oboe
Rolling Hills Estates, California
Eastman School of Music
Jeehoon Kim is an oboe player from Los Angeles, California. He has been playing oboe since 4th grade. He is currently studying oboe performance at the Eastman School of Music under Richard Killmer. He has also studied at the Interlochen Arts Academy with Dane Philipsen and studies with the associate principal of the LA Philharmonic, Marion Kuszyk. He was named a 2020 Youngarts winner from the National Youngarts Foundation. He has also won merit scholarship awards from Interlochen and Colburn.

He was accepted into the Roundtop Festival Orchestra in 2020.