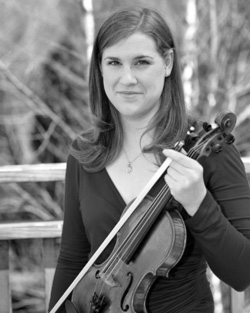 Violin
Dallas, TX
Southern Methodist University
Hailed as a “rising star to watch,” Christine Binzel is a native of Lexington, Massachusetts and graduate of the Walnut Hill School for the Arts and the Cleveland Institute of Music where she received Academic Honors while studying with the renowned soloist of the London Symphony Joan Kwuon. Christine completed a Master’s Degree in Violin performance under the direction of Sergiu Schwartz at the Schwob School of Music in Columbus, GA. Her professional symphony debut occurred in November 2016 with the Columbus Symphony Orchestra and the Albany Symphony in 2018. Christine is currently a member of the Las Colinas Symphony Orchestra in the greater Dallas area. She has also performed with the Plano Symphony in the North Texas area. Christine began Suzuki studies at age 5, and by age 13 she had studied and performed in the United States, Canada, and Europe. Christine has attended the Boston University Tanglewood Institute, Meadowmount School of Music, Brevard Music Center, Bowdoin International Music Festival, and the Round Top Festival Institute. Christine recently received a Performer’s Diploma at the Meadows School of the Arts with the late Emanuel Borok and Diane Kitzman.