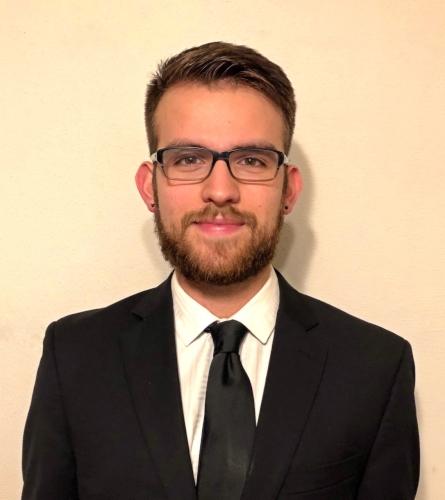 Cello
Houston, Texas
University of Houston
Gilberto Hernan Campa was born in Monterrey, Mexico, and moved to Houston, Texas when he was 10 years old. He began studying cello at age 13, under Patrick Stephen Payne. In 2012, he joined the Virtuosi of Houston Youth Chamber Orchestra, where he served as principal cellist 2013-2015, placed 4th, 2nd, and 2nd place in the 2013, 2014, and 2015 Immanuel and Hellen Olshan Concerto Competitions, and is now a mentor. In 2013, he was accepted into the TMEA All-State Symphony Orchestra. Hernan has filled the role of principal cellist in various music festivals, including the Eastern Music Festival (2013, 2015) and the Texas Music Festival (2016). In 2015, he began his undergraduate studies at the University of Houston Moores School of Music under Anthony Kitai, where he has served as assistant principal and principal cellist of the Moores orchestras for four years. He was awarded the 17th A. Clyde Roller Orchestra Award for superior musicianship and years of service to the Moores School Orchestras in 2017. In 2018, he joined the AURA Contemporary Ensemble. Hernan is passionate about composing and teaching music as well as performing, and is looking forward to graduate from the Moores School in December.