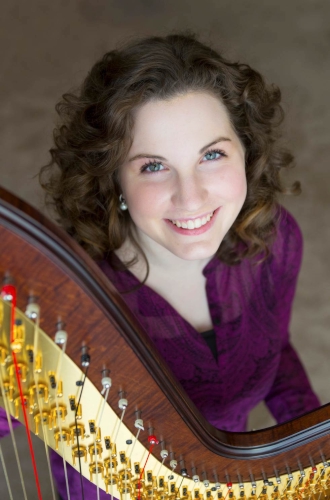 An avid performer and competitor, most recently, Ms. Roepke was the 2016 concerto competition winner at the Eastern Music Festival and a finalist in the 2016 Anne Adams Competition. She has also appeared as a performer in the 2015 Lyon and Healy Summer Concert Series, and has won multiple competitions throughout the Twin Cities. These include being the 2014 winner of the Greater Twin Cities Youth Symphonies Concerto Competition and MacPhail Center for Music's Concerto and Aria Competition, as well as the First Place winner in the Intermediate Level I Scholarship Competition with the Minnesota Harp Society.

Ms. Roepke has spent summers at the Eastern Music Festival; and Interlochen Summer Arts Camp, where she was awarded the Emerson Scholarship.

When not at school, Ms. Roepke resides in Chanhassen, MN.