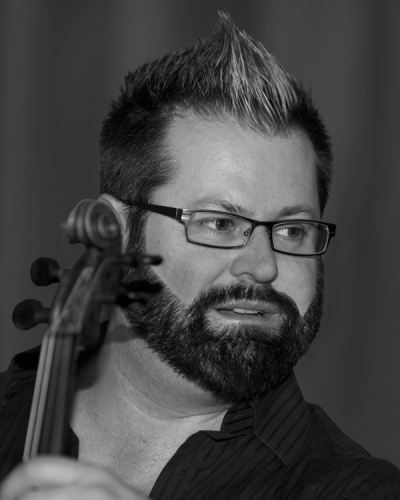 Roger Myers enjoys an impressive record of performing and teaching both here and abroad and has traveled widely presenting critically acclaimed concerts and master classes in countries on four continents including Austria, Norway, Portugal, Scotland, China, Australia, New Zealand, Canada, Mexico as well as the U.S.A. He is Professor of Viola at the University of Texas at Austin where for a decade he served as Chairman of Strings and was the recipient in 2007 of the School of Music Teaching Excellence Award.

He has been associated with some of the nation's most prestigious summer festivals including the Music Academy of the West, Bowdoin Summer Music Festival in Maine, Green Mountain, Round Top Festival Institute in Texas and the Marrowstone Music Festival in Washington State. In June of 1997 he served as the youngest ever Artistic Director and Host Chairman of the XXV Silver Anniversary Viola congress, an event praised by the "Strad" magazine as a "joyful and instructive week. . . a mixture of edification and entertainment". He served seven summers on the faculty of the Idyllwild Arts Summer Music Program in California and taught at the Beijing International Music Festival and Academy and the International School for Musical Arts in Canada. He has performed regularly at the Festival de Musique on the French West Indian island of St. Barthélemy and is an artist at the Sunflower Festival in Topeka, Kansas and the Buzzards Bay Musicfest in Marion, Massachusetts. He was the founder and Artistic Director of the Blanton Chamber Music Series at the Blanton Museum in Austin. In 2009 he held a Visiting Professorship teaching at the University of Southern California.

Roger Myers was born in Sydney, Australia where he played with the Sydney Symphony Orchestra while still a student. He has lived in the United States since 1987 when his Sydney Conservatorium String Quartet was invited to become the international quartet in residence at Michigan State University. Later he studied on scholarships with Donald McInnes at the University of Southern California and, on completion of his Masters degree, the string faculty named him its most outstanding graduate of the year.

In 2004 Roger had the honor of performing as a featured soloist on the 100th birthday tribute concert to the great violist William Primrose at the XXXII International Viola Congress in Minneapolis and in 2005 enjoyed a successful Carnegie Hall debut. Roger has performed some recent important World Premieres including in 2006 the Piano Quintet by Kevin Puts with the Texas Piano Quartet and in 2008 the World Premiere of Michael McLean's Suite for Viola and Orchestra. In the summer of 2009 he played in the Mid-West Premiere of violinist Mark O'Connor's Third String Quartet with the composer and in May of 2011 he performed the World Premiere in Los Angeles of a Viola Concerto written for him by composer Peter Askim in a concert celebrating the 25th Anniversary of the Idyllwild Arts Academy at the REDCAT Theater in Walt Disney Concert Hall.

Roger's CD, "Fantasy and Farewell" of works by Schumann, Shostakovich and Mclean on the Delos label with the London Symphony Orchestra acclaimed by the American Record Guide as "a masterpiece" was released in 2013. At the 2014 Global Music Awards the disc was awarded "Best of Show" and won two Gold Medals for Solo Instrumental Performance and Best Album. His students have achieved success as symphony musicians and teachers in major institutions and his graduates are regularly found in the most prestigious conservatories, universities and summer festivals.