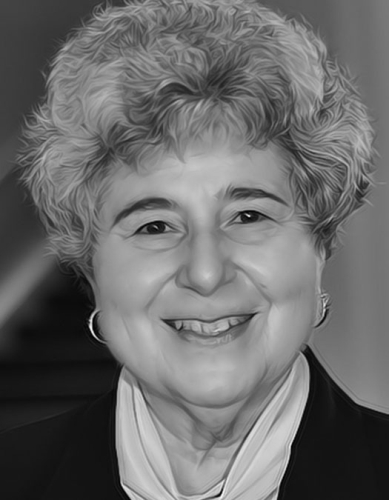 Marie Speziale, Professor Emerita of Trumpet and Chair of the Brass
Department at the Shepherd School of Music at Rice University, is
acknowledged as the first woman trumpeter in a major symphony
orchestra. Ms. Speziale retired in 1996 after having served as Associate
Principal Trumpet of the Cincinnati Symphony for thirty-two years
(1964-1996). A graduate of the College-Conservatory of Music in
Cincinnati, Ms. Speziale studied with Robert Price, Robert Braunagel,
Eugene Blee and Arnold Jacobs.
Her tenure with the Cincinnati Symphony Orchestra included playing with
the Cincinnati Opera Orchestra, Cincinnati May Festival Orchestra,
Cincinnati Ballet Orchestra and Cincinnati Pops Orchestra. Ms. Speziale
performed under the batons of such greats as Igor Stravinsky, George Szell,
Leonard Bernstein, Aaron Copland, Eugene Ormandy, Eric Leinsdorf,
James Levine and Max Rudolf. Her very extensive performance experience
includes solo appearances on the NBC Dave Garroway Today Show, with
the Cincinnati Symphony Orchestra, Cincinnati Pops Orchestra, Cincinnati
Chamber Orchestra, with Duke Ellington and with Dave Brubeck on the
Johnny Carson NBC Tonight Show, on the Cincinnati Symphony Orchestra
European tour and at the Interlochen Arts Academy.
Soon after joining the Cincinnati Symphony, she was engaged to record sound tracks for
James Brown, whose career was launched by the historic King Records in
Cincinnati.
Since retiring from the orchestra, she has remained active as a performer,
teacher and clinician. She served as Visiting Principal, Associate Principal
and Second Trumpet of the St. Louis Symphony Orchestra, including their
European tour, Carnegie Hall concerts and recordings. She toured with
DIVA (the women’s jazz band) and the Florida Symphony Orchestra. She
has also performed with the Colorado Symphony Orchestra and the
Louisiana Philharmonic. She performed with the Monarch Brass Quintet
and Monarch Brass Ensemble, which she also conducted at the 1997 and
2014 International Women’s Brass Conferences, and at the 2015 ITG
Conference. She recorded for the Star Trek TV Series: Voyager and Deep
Space Nine, at Paramount and 20th Century Fox studios. In 1999, she was
one of six Americans (and the only woman among the Americans) to be
invited by the Tokyo International Music Festival to perform in its first
Super World Orchestra.