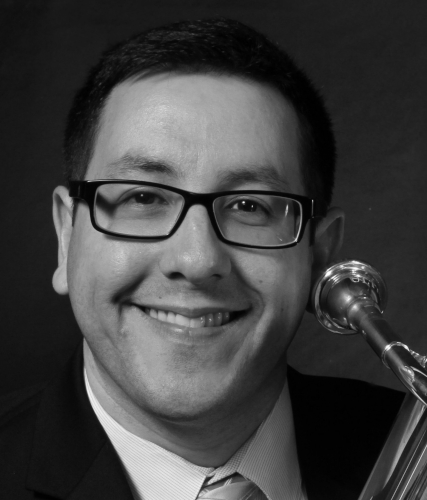 Justin Benavidez is the professor of tuba and euphonium at Florida State University and performs as principal tuba of the Tallahassee Symphony Orchestra.

With his playing noted for its "tremendous virtuosity and stylistic versatility", Benavidez has performed in venues throughout North America, Europe, and Asia. He has been a prizewinner of multiple international solo competitions, and his debut solo album, EMBLEMS, won Silver Medals in the Classical Album and Instrumental Solo Album categories of the Global Music Awards. The ITEA Journal described it as "an impressive and highly entertaining record" on which Benavidez "shreds with enthusiasm, exuberance, and precision".

As a leading educator, Benavidez is frequently invited to present master classes at preeminent universities, workshops, and conferences. Notable invitations have included the Eastman School of Music, Indiana University, the Kunitachi College of Music in Tokyo, the Bern University of the Arts, the Lyon Conservatory of Music, the Paris Conservatory of Music, the United States Army Band Tuba Euphonium Workshop, and multiple International Tuba Euphonium Conferences.

Benavidez was awarded the Florida State University Teaching Award in 2021. His students have distinguished themselves through numerous awards and appointments, including first place prizes in international competitions, performing positions with professional ensembles, and teaching positions at colleges and universities.