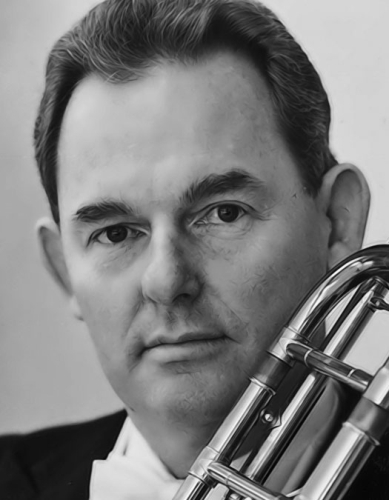 John Kitzman, was the principal trombonist of the Dallas Symphony until 2015. He joined the orchestra in 1972. He received his bachelor of music degree from the University of Michigan in 1968. He was a member and soloist with the West Point Band from 1969 to 1972 while in the military. Mr. Kitzman has recorded extensively with the Dallas Symphony for RCA, Telarc, Angel, Pro Arte, Dorian, and Delos, with more than 50 recordings on those labels. He also recorded a solo trombone CD for Crystal Records. As a member of the Dallas Symphony Brass Quintet, Kitzman performed many concerts in Dallas and around the country. The group recorded a cd of quintet music for Crystal records in 2013. While with the DSO Kitzman toured extensively though out Europe, the United Kingdom and as far away as Singapore, performing in most of the great concert halls of the world. He was invited to be a member of the World Philharmonic in Tokyo and has toured with the Summit Brass Ensemble.

John Kitzman studied with Henry C. Smith of the Philadelphia Orchestra, Ed Herman of the NY Philharmonic and Per Brevig of the Metropolitan Opera. While at student at the Tanglewood Music Festival in 1968 he won the Spaulding Prize for the Outstanding Instrumentalist of the season.