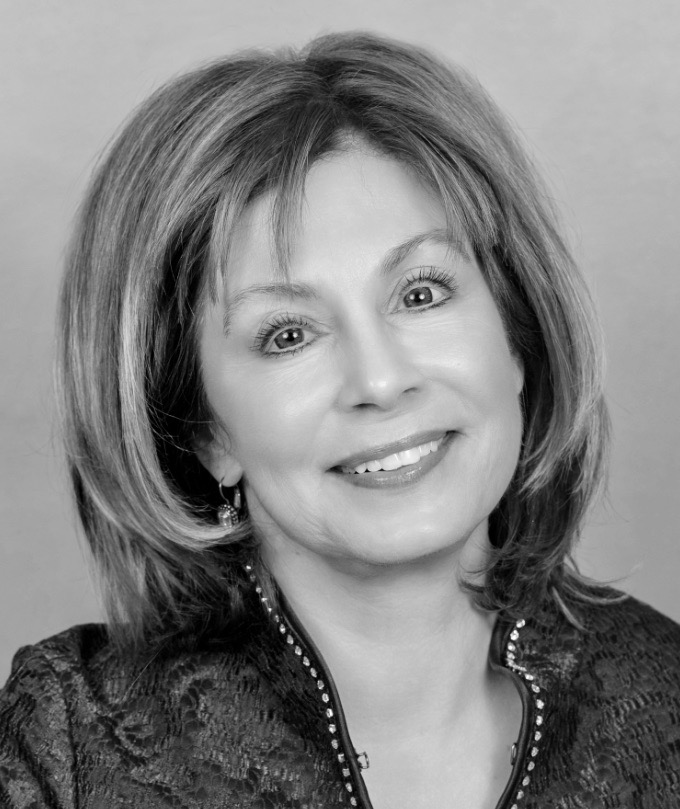 Multiple Grammy Award-winning conductor JoAnn Falletta serves as Music Director of the Buffalo Philharmonic, and the Connie and Marc Jacobson Music Director Laureate of the Virginia Symphony, Principal Guest Conductor of the Brevard Music Center and Artistic Adviser to the Hawaii Symphony. She was recently named one of the “Fifty Great Conductors,” past and present, by Gramophone Magazine, and is hailed for her work as a conductor, recording artist, audience builder and champion of American composers.
Upon her appointment as Music Director of the Buffalo Philharmonic, Falletta became the first woman to lead a major American ensemble and has been credited with bringing the Philharmonic to an unprecedented level of national and international prominence. The Buffalo Philharmonic has become one of the leading recording orchestras for Naxos, with two Grammy Award-winning recordings. This season, the BPO will perform at Carnegie Hall for a centennial celebration of former BPO Music Director Lukas Foss. The orchestra will also travel to Florida for their fifth tour of the State under Falletta’s leadership.
This summer, Falletta is making her Boston Symphony Orchestra debut at Tanglewood. International highlights for 2022-23 include concerts in Spain, Sweden, Germany and Croatia. Her recent and upcoming North American guest conducting includes the National Symphony, and the orchestras of Baltimore, Detroit, Nashville, Indianapolis, Houston, Toronto, Milwaukee, and Orchestre metropolitain. Internationally, she has conducted many of the most prominent orchestras in Europe, Asia, and South America. In the past year, she has led the National Symphony in two PBS televised specials for New Year’s Eve and the 50th Anniversary of the Kennedy Center.

With a discography of over 120 titles, Falletta is a leading recording artist for Naxos. She has won two individual Grammy Awards, including the 2021 Grammy Award for Best Choral Performance as conductor of the world premiere Naxos recording, Richard Danielpour’s The Passion of Yeshua. In 2019, she won her first individual Grammy Award as conductor of the London Symphony in the Best Classical Compendium category for Spiritualist, her fifth world premiere recording of the music of Kenneth Fuchs. Her Naxos recording of John Corigliano’s Mr. Tambourine Man: Seven Poems of Bob Dylan received two Grammys in 2008. Her 2020 Naxos recording of orchestral music of Florent Schmitt with the Buffalo Philharmonic Orchestra received the prestigious Diapason d’Or Award. Her upcoming releases for Naxos include the complete William Walton Façade, with narrators Kevin Deas, Hila Plitmann and American Public Media Host Fred Child, and the Virginia Arts Festival Chamber Players. The world premiere recording will introduce material never heard before, and mark the 100th anniversary of William Walton’s youthful masterpiece. This season will also see the Naxos release by the BPO of Scriabin’s Poem of Ecstasy and Symphony No. 2 and a world premiere recording of Adophus Hailstork’s Piano Concerto together with Danny Elfman’s Violin Concerto.
Falletta is a member of the esteemed American Academy of Arts and Sciences, has served by presidential appointment as a Member of the National Council on the Arts during the George W. Bush and Obama administrations and is the recipient of many of the most prestigious conducting awards. She has introduced over 600 works by American composers, including well over 150 world premieres. In 2019, JoAnn was named Performance Today’s first Classical Woman of The Year, calling her a “tireless champion, and lauding her “unique combination of artistic authority and compassion, compelling musicianship and humanity.”
Falletta is a strong advocate and mentor for young professional and student musicians. She has led seminars for women conductors for the League of American Orchestras and established a unique collaboration between the Buffalo Philharmonic and the Mannes College of Music to give up-and-coming conductors professional experience with a leading American orchestra. In 2018, she served on the jury of the Malko Competition in Denmark. She has had great success working with young musicians, guest conducting orchestras at top conservatories and summer programs such as the National Repertory Orchestra, National Orchestral Institute, Interlochen, and Brevard Music Center, and as Artistic Advisor at the Cleveland Institute of Music.

After earning her bachelor’s degree at Mannes, Falletta received master’s and doctoral degrees from The Juilliard School. When not on the podium, JoAnn enjoys playing classical guitar, writing, cycling, yoga and is an avid reader.