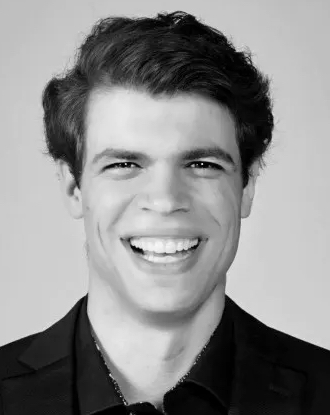 Argentinian-born conductor Alex Amsel is quickly establishing himself as a conductor equally at home with orchestral and operatic repertoire, as well as a music educator for students of all ages. Amsel’s hope is to integrate music into the fabric of every community he works with to reshape how we think about society and our place in it. He was appointed Conducting Fellow for the Fort Worth Symphony Orchestra for the 2019-2021 seasons, where he will lead the orchestra in a variety of concerts including Symphonic, Pops, and Education programs. Amsel was selected for the prestigious Aspen Conducting Academy for the 2020 summer where he will work closely with Robert Spano. For the summer of 2019, Amsel was selected as the Assistant Conductor for the National Repertory Orchestra in Breckenridge, Colorado, where he led the orchestra in multiple subscription concerts. Other recent engagements include Assistant Conductor and Choir Master for the Peabody Conservatory Symphonies and Opera, and Faculty Conductor for the Philadelphia International Music Festival.

As an educator, Amsel leads numerous concerts every season with the Fort Worth Symphony Orchestra while creating programs that unify the students' school curriculum while exposing them to the magic and wondrous world of music. He has been on the faculty for the Philadelphia International Music Festival, Houston Youth Symphony, and has taught with the Orchestra of the Americas in Haiti, Jamaica, and the Dominican Republic. During his time in Peabody, he served the Baltimore community in several ways through the Creative Leadership Immersion and Implementing Social Development programs. These programs helped connect the conservatory to the greater Baltimore community by helping emerging music programs at low-income schools. Amsel supported students in creating original compositions that reflect their daily lives while discussing the importance of music and how it can supplement a young person’s life through communication, open discussions, and vocal leadership. He has been a featured performer and taught masterclasses through these organizations, as well as having had an active private bassoon studio of 30 weekly students in Austin and Houston, Texas.


Contemporary music forefront in Amsel's musical journey and has premiered works both as conductor and instrumentalist. He has led recording sessions of world premieres at Peabody Conservatory as well as Rice University's Shepherd School of Music, and now presents concert series with the Fort Worth Symphony performing over 10 contemporary works each season. Amsel was selected within a pool of over 100 applicants to participate in the Cabrillo Festival of Contemporary Music while closely working with Cristian Macelaru.

As a bassoonist, Amsel has appeared with such orchestras as the Tanglewood Music Center Orchestra and New World Symphony and held positions with the Boston Philharmonic, Austin Symphony Orchestra, Breckenridge Music Festival, Austin Lyric Orchestra, Symphony of Southeast Texas, and Orchestra of Indian Hill.

During his free time, Amsel is a biking, architecture, wine, and Golden Retriever aficionado.