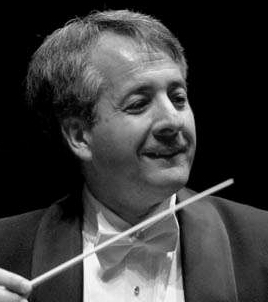 Born in São Paulo, Fabio Mechetti is the Artistic Director and Principal Conductor at the Minas Gerais Philharmonic Orchestra since its creation in 2008. For his brilliant work, he has received the Carlos Gomes Award in 2009 as the Best Brazilian Conductor. In 2014, Mr. Mechetti has become the first Brazilian invited to conduct an Asian orchestra, as the Principal Conductor of the Malaysia Philharmonic Orchestra. He has also been the conductor of the symphony orchestras of Syracuse, Spokane and Jacksonville. Presently, he holds the position of Conductor Emeritus of the latter two.

Fabio Mechetti has worked as an Associate Conductor with Mstislav Rostropovich in the National Symphony Orchestra of Washington and, with him, directed concerts at the Kennedy Center and the US Capitol. He has also been Resident Conductor of The Symphonic Orchestra of San Diego.

He has made his debut at the Carnegie Hall in New York conducting the Symphony Orchestra of New Jersey and has also directed numerous American orchestras, such as Seattle, Buffalo, Utah, Rochester, Phoenix and Columbus, among others. He is also a frequent guest in summer festivals in the United States, including the Grant Park in Chicago and Chautauqua in New York.

Fabio Mechetti holds Master’s degrees in conducting and composition from the Juilliard School of Music.