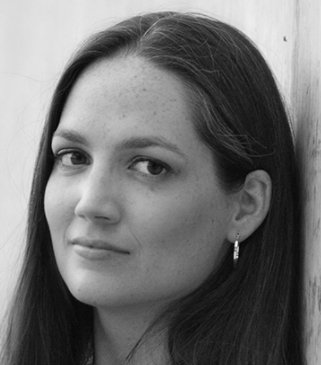 Rapidly rising conductor Michelle Merrill currently serves as Chief Conductor of the Coastal Symphony of Georgia. A passionate and dynamic artist, Ms. Merrill was named as one of Hour Detroit Magazine's 3 Cultural Organization Leaders to Watch, and was recently profiled by the Ford Motor Co. for their website fordbetterworld.org. She is also a recipient of a 2016 Solti Foundation U.S. Career Assistance Award.

Recent and upcoming engagements include the Toronto Symphony Orchestra, Indianapolis Symphony Orchestra, Jacksonville Symphony, Toledo Symphony Orchestra, Oklahoma City Philharmonic, West Virginia Symphony, Louisiana Philharmonic, Orlando Philharmonic, Symphoria (Syracuse), Sacramento Philharmonic & Opera, Boise Philharmonic, New Music Detroit, and the Northeastern Pennsylvania Philharmonic, where she formerly served as Assistant Conductor before coming to Detroit. As the Associate Conductor of the Detroit Symphony Orchestra, she helps plan and conduct over 30 concerts per season, including the renowned educational webcasts, which have reached over 100,000 students to date in classrooms throughout the nation. Ms. Merrill also gives pre-concert lectures, leads adult music education seminars, engages with students in and around Metro Detroit, speaks on behalf of the DSO throughout the community, and participates in hosting Live from Orchestra Hall, the DSO's free concert webcast that launched in 2011 and is now watched in more than 100 countries. She made her classical subscription debut with the DSO in April 2016.

In March of 2014, Ms. Merrill stepped in on short notice with the Meadows Symphony Orchestra for their performance of Shostakovich's Symphony No. 4, which music critic Scott Cantrell of the Dallas Morning News described as "stunning" and later named to his list of Top Ten Classical Performances of 2014. She was awarded in 2013 the prestigious Ansbacher Conducting Fellowship by members of the Vienna Philharmonic and the American Austrian Foundation, which enabled her to be in residence at the world-renowned Salzburg Festival. Recent praise came from her classical debut with the DSO conducting Beethoven's Symphony No. 6: "from the off this was a heavenly 'Pastoral'…Merrill (conducting from memory) certainly has an ear for focused inner parts, and her meaningful flexibility was welcome…There was something reassuringly old-world about this performance (reminding of but not emulating such views of the music as Böhm, Boult and Klemperer) yet with a New World bloom that trod freshly-mown grass and also looked skywards…"

A strong advocate of new music, Ms. Merrill recently conducted the world-premiere performance of Gabriela Lena Frank's "Walkabout: Concerto for Orchestra" with the Detroit Symphony Orchestra. She also worked with composer Gabriela Lena Frank and soprano Jessica Rivera in 2015 on Frank's work "La Centinela y la Paloma" (The Keeper and the Dove), as a part of numerous community programs related to the Diego Rivera and Frida Kahlo exhibition at the Detroit Institute of Arts. This past fall, Ms. Merrill collaborated with New Music Detroit for their annual marathon Strange Beautiful Music 9, which featured David Lang's "are you experienced?" and the world-premiere of Andrew Harrison's "Hum" based on the poetry of Detroit native Jamal May. In June 2015, she made her debut at the St. Augustine Music Festival conducting the world-premiere performance of Piotr Szewcyzk's "St. Augustine Suite" which was written in honor of that city's 450th anniversary. The highly praised performance was later featured nationwide on NPR's "Performance Today". Additionally, her work in the 2011/12 season with Voices of Change, Dallas's professional contemporary music ensemble, was part of a program later named as one of Dallas Morning News critic Scott Cantrell's Top Ten Classical Performances of 2011.

Born in Dallas, TX, Ms. Merrill studied conducting with Dr. Paul C. Phillips at Southern Methodist University's Meadows School of the Arts, where she holds a Master of Music Degree in conducting and a Bachelor of Music in performance. Apart from music, she loves cooking, running, hiking, and spending time with her husband, Steve Merrill, who serves as the principal percussionist of the Jacksonville Symphony, and their newborn son, Davis.