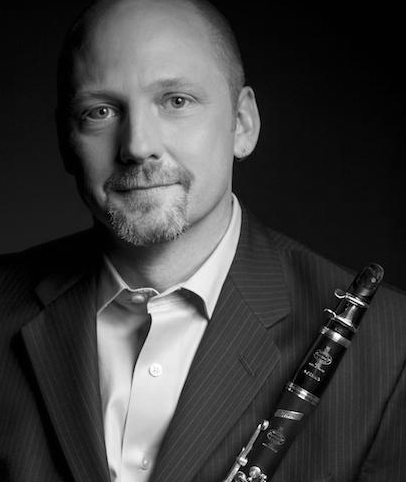 Jonathan Gunn Bio HTML Jonathan Gunn is a versatile artist with a varied career as educator, soloist, chamber musician, and orchestral performer. Currently, Mr. Gunn serves as the Assistant Professor of Clarinet at the Butler School of Music at the University of Texas, Austin.

Mr. Gunn has participated in numerous music festivals including Bard, Tanglewood, Aspen, St. Bart's, Telluride Jazz Celebration, and Ashlawn-Highland Opera Company and is the Principal Clarinetist of the Sunflower Music Festival. As a soloist, he has appeared with the Cincinnati Pops Orchestra, the Wheeling Symphony and the Fort Wayne Philharmonic and in August 2016, Mr. Gunn will be featured at the International Clarinet Association's ClarinetFest performing the Copland Clarinet Concerto. As a chamber musician Jonathan is active around the United States, has performed as a member of Concert:Nova, and has played regularly on the Linton Chamber Music Series in Cincinnati.

Born in Sheffield, England, Mr. Gunn started his musical career playing violin and piano and began studying the clarinet after moving to the United States at age eleven. He received a Bachelor of Music from the Shepherd School of Music at Rice University and a Master of Music from the Mary Pappert School of Music at Duquesne University. Jonathan is married to Jennifer Gunn, who plays piccolo and flute with the Chicago Symphony Orchestra.