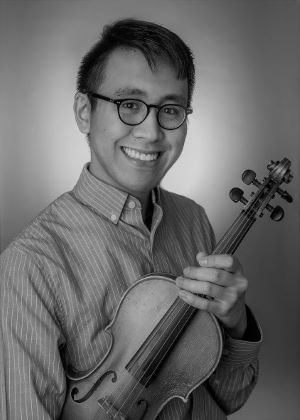 Violin
Bloomington, IN
Indiana University
Violinist, Ryan Tolentino currently resides in Bloomington, IN, where he is pursuing his MM in violin performance at the Jacobs School of Music. Originally from Virginia Beach, VA, Ryan attended the Governor's School for the Arts and served as concertmaster of the New Music Ensemble and Symphony Orchestra. He holds a bachelor's degree in violin performance and a minor degree in computer science from East Carolina University (Greenville, NC). During his time at ECU, Ryan was a performer with the Four Seasons Chamber Music Festival's Next Generation series which gave him the exciting privilege to perform chamber music alongside world-renowned artists such as Xiao-Dong Wang, Keiko Sekino, Emanuel Gruber, and Natasha Brofsky. In 2019, Ryan had the opportunity to collaborate with the Concert Truck and perform a series of educational concerts for under-privileged elementary schools around Pitt County, NC. His primary teachers include Austin Hartman, Hye-Jin Kim, Ara Gregorian, and Dora Mullins, and he has been a participant at the Eastern Music Festival, Madeline Island Chamber Music, The Quartet Program, and the Apple Hill Center for Chamber Music.