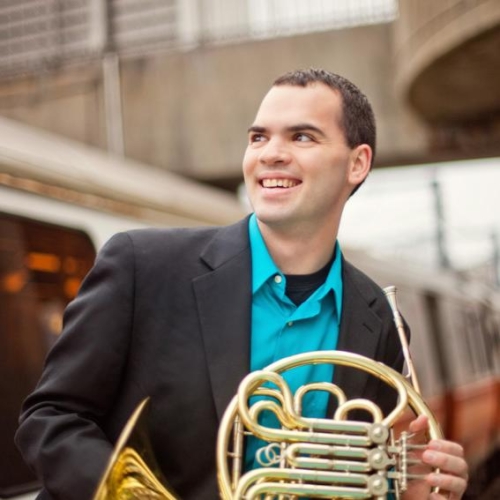 French Horn
Cincinnati, OH
University of Cincinnati College-Conservatory of Music
Matthew Mauro is a horn player based in Cincinnati, OH, where he is pursuing a Doctor of Musical Arts degree in Horn Performance at the University of Cincinnati College-Conservatory of Music (CCM) under the tutelage of Randy Gardner. Matt has also been an adjunct music faculty member of Northern Kentucky University since 2015, and is actively sought after as a private teacher in the Cincinnati area. He has performed with the Toledo, Springfield, and Lima Symphony Orchestras, and has appeared as a soloist with the Toledo Symphony Orchestra and Stow Symphony Orchestra. Matt was a fellow at the Round Top Music Festival in 2013, and attended Brevard Music Center for three summer seasons between 2010 and 2012.

In addition to Randy Gardner, Matt has studied with Elizabeth Freimuth, Richard Deane, Duane Dugger, Tom Sherwood, and Bruce Henniss. He holds a Master of Music degree in Horn Performance from CCM (2014), and a Bachelor's Degree in Music Education from The Ohio State University (2011).