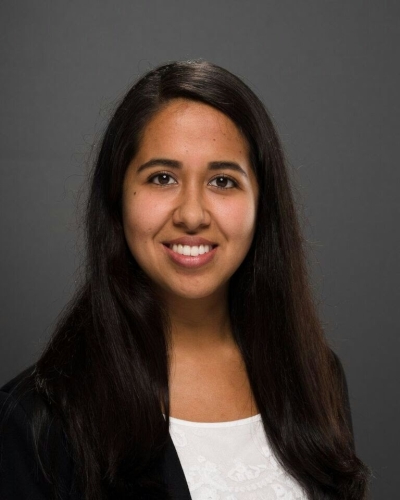 Flute
Toronto, ON
The Glenn Gould School of The Royal Conservatory of Music
A native of Ecuador, Maria Vallejo received her Bachelor of Music degree from Western Michigan University and her Master of Music degree from University of Miami, where she received the Teaching Assistant position. Currently, she is pursuing the Artist Diploma Program at The Glenn Gould School of The Royal Conservatory of Music. Her primary teachers include Dr. Martha Councell, Trudy Kane, and Susan Hoeppner, respectively. In 2014, she was selected by competition to represent WMU School of Music in a recital at Weill Recital Hall-Carnegie Hall in New York City organized by Manhattan Concert Productions. In 2015, she received honorable mention at WMU School of Music Concerto Competition. She has participated in Bonita Boyd Masterclass (NY), LIU Post Chamber Music Festival (NY), Anatomy of Sound (MI), Flutist Festival (Colombia), and International Convention of Flutists (Ecuador); and has performed under the baton of renowned conductors such as Leon Fleisher, Tania Miller, Leonard Slatkin, Gabor Takacs-Nagy, among others.