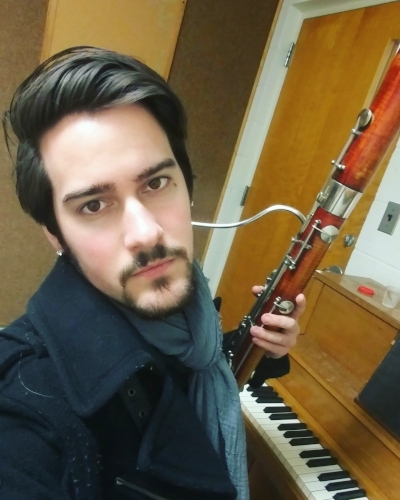 Bassoon
Plano, TX
Oberlin Conservatory
Bassoonist Brian Geise is in his fourth year at the Oberlin Conservatory of Music, where he studies under the tutelage of Drew Pattison. In 2018, Mr. Geise was invited to perform on the Oberlin Commencement Recital series, which showcases outstanding senior conservatory students. Mr. Geise, an avid chamber musician, was also invited to perform on the Oberlin Danenberg Honors Recital with his ensemble, The Guintet, which was recently featured on the WCLV Classical 104.9 program Cleveland Ovations. As a member of the Oberlin Bassoon Quartet, he performed outreach concerts at Chicago-area high schools on the Oberlin Orchestra’s Oberlin in Chicago tour. Mr. Geise is strongly dedicated to performing contemporary music and collaborating with living composers. Recently, he played principal bassoon on the world premiere performance and recording of Jesse Jones’s “…innumerable stars, scattered in clusters”, and he was also featured by the Oberlin Contemporary Music Ensemble as a soloist on Judith Weir’s Tiger under the Table. In addition to his studies at Oberlin, Mr. Geise was a 2016 Fellow at the Immanuel and Helen Olshan Texas Music Festival. He has performed in master classes for world-renowned bassoonists, including Benjamin Kamins and Judith LeClair. Previous teachers include George Sakakeeny of the Eastman School of Music and Kathleen Reynolds of the University of North Texas.