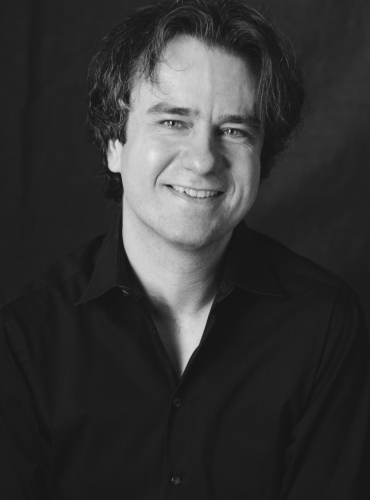 A dedicated chamber musician and soloist, pianist Vladimir Valjarevic has been praised for his “caressing legato,” “silk-on-velvet seductiveness” (Fanfare Magazine), “beautiful lyricism and ... wide variety of tones and colorings, perceptively applied with care” (All Music Guide). He has also been called “an outstandingly responsive partner and superb tonalist” (The Strad). His performances have taken him to the National Center for the Performing Arts in Beijing, Sumida Triphony Chamber Hall in Tokyo, Leiszhalle in Hamburg, Conservatory Hall in Geneva, Heilig-Kreuz-Kirche in Berlin, Concert Hall "Bulgaria" in Sofia, Conservatory of Music in San Juan, Puerto Rico, the Manchester Music Festival in Vermont, the Southwest Virginia Festival for the Arts, French and Swiss Embassies in Washington, D.C. In New York, he has performed at Bargemusic, “Concerts at One” at Trinity Church, “Meet the Virtuoso” at the 92nd Street Y, the Weill Recital Hall at Carnegie Hall, Merkin Hall, Steinway Hall, the Yamaha Salon, the United Nations, and the New School’s Tishman Auditorium, among others. Valjarevic has collaborated with many contemporary composers in projects including commissions, recordings, world premieres, and has recorded for Labor Records, Romeo Records, Centaur Records, Blue Griffin, and MSR Classics. He has performed extensively as a member of the Kaleidos Duo, with violinist Miroslav Hristov.

Valjarevic teaches piano at Mannes School of Music (College, Prep) and Mason Gross School of the Arts at Rutgers University, and piano literature and pedagogy at Mannes. He was the teaching assistant to Pavlina Dokovska for over a decade and still continues close collaboration with her in pedagogy and performance. His festival affiliations include Beijing International Music Festival and Academy in China, Round Top in Texas, International Institute for Young Musicians in Kansas. He has given piano masterclasses and lectures on piano pedagogy in the US and China, including a presentation at the Music China World Fair in Shanghai.

Valjarevic studied in his native Bosnia, at Belgrade Conservatory (Serbia), Mannes School of Music (BM & MM), Mason Gross School of the Arts at Rutgers University (DMA) and at Geneva Conservatory in Switzerland, where he was a Fulbright Scholar. His primary piano instructors are Pavlina Dokovska, Pascal Devoyon, Susan Starr and Planinka Jurisic-Atic. While in Geneva, he received clavichord lessons from Nicole Hostettler at the Centre de Musique Ancienne. Festivals include IMS Prussia Cove in England, the American Conservatory in Fontainebleau, France, the Apeldoorn Festival in the Netherlands, the International Festival-Institute at Round Top in Texas, the International Keyboard Institute and the Beethoven Institute in New York, Kneisel Hall in Maine