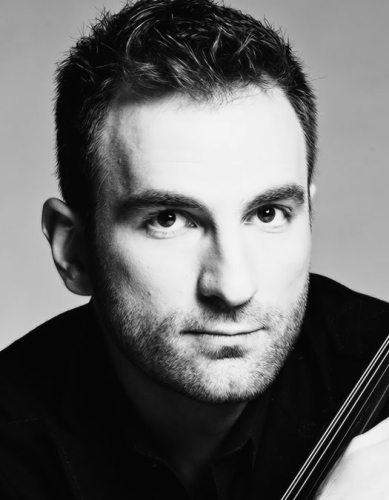 Stefan Milenkovich is a unique artist with an extraordinary productive longevity, professionalism and creativity. Mr. Milenkovich is a violinist who is recognized internationally for both exceptional artistry and his lifelong commitment to humanitarianism. His orchestral appearances include performances with the Berlin Symphony Orchestra, the Helsinki Philharmonic, the Belgrade Philharmonic, the Orchestra of Radio-France, the Bolshoi Theatre Orchestra, the National Orchestra of Belgium, the Orpheus Chamber Orchestra, the Aspen Chamber Symphony, the Indianapolis Symphony Orchestra, the Mexico State Symphony, the Orquestra Sinfonica de Estado de Sao Paolo in Brazil, and the Melbourne and Queensland Symphonies in Australia. As a musician of broad stylistic interests, Milenkovich performed with five-time Grammy-nominee rock band Gorillaz in one of the world's most renowned venues - the Apollo Theater in Harlem, New York City. He collaborates also with lutist Edin Karamazov, as well as with guitarist Vlatko Stefanovski and his trio. Other collaborations include Tango Story project with accordionist Marko Hatlak and Slovenian ensemble Ars Tango, where he performed both as a violinist and a dancer. An avid chamber musician, he performs regularly in the Jupiter Chamber Music Series in New York City and is the founding member of Corinthian Piano trio.