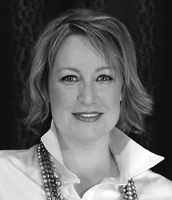 Soprano MARY WILSON has been hailed as one of today's most exciting artists, receiving critical acclaim for a voice that is “lyrical and triumphant, a dazzling array of legato melodies and ornate coloratura” (San Francisco Chronicle).   Opera News heralded her first solo recording, Mary Wilson Sings Handel, stating “Wilson’s luminous voice contains so much charisma,” they dubbed her recording one of their “Best of the Year.”

Highlights of the upcoming 2019-2020 season include a debut with the Milwaukee Symphony for Mozart Requiem, and many return engagements including Handel Messiah with Nashville Symphony, Memphis Symphony, and Portland Baroque Orchestra, a teaching residency and Haydn Creation with Key Chorale in Sarasota, Mendelssohn Elijah with Bach Festival Society of Winter Park, Mahler Symphony No. 4 with Memphis Symphony, Beethoven Symphony No. 9 in Santa Fe, Mahler Symphony No. 8 with Pacific Symphony, and the role of Despina in Mozart Cosi fan tutte with Opera Memphis.

An accomplished pianist, Ms. Wilson holds vocal performance degrees from St. Olaf College in Northfield, Minnesota, and Washington University in St. Louis, Missouri. She is an Assistant Professor of Voice at the University of Memphis, and resides in Bartlett, Tennessee, with her husband, son, and two dogs.