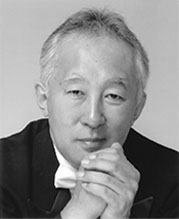 He has a long-established reputation as a remarkable conductor and one of the nation’s most renowned violists. In addition to his post as Music Director and Conductor of the Santa Barbara Chamber Orchestra, he is also the Principal Chief Conductor of Kyushu Symphony Orchestra in Fukuoka, Fukuoka, Japan.

Ohyama has long been in demand as a violist and has performed throughout the United States and abroad as recitalist and chamber musician at festivals including Casals Festival, Kuhumo International Festival (Finland), Johannesen International Music Festival (Canada), Okinawa Moon Beach Music Festival (Japan), Brescia and Bergamo Festivals (Italy), Chamber Music Northwest, Sarasota Music Festival and Caramor Chamber Music Festival. He has collaborated with many of the soloist around the world, including Lynn Harrell, Gidon Kremer, Radu Lupu, Lynnette Seah, Isaac Stern, and Alexander Souptel.[1]

He studied at the Toho Gakuen School of Music in Japan.[2]