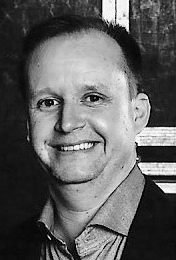 Mr. Finamore joined the faculty of SMU Meadows School of the Arts in 2018 as Adjunct Associate Professor of Trumpet. He was formerly a teacher for the preparatory department of The Julliard School of Music. Mr. Finamore regularly can be seen master classes and teaching around North Texas, Oklahoma, and around the south in high schools and universities including OSU, University of Kentucky, UNT, Baylor, and University of North Caroline Greensboro.

Prior to studies in New York, Mr. Finamore received his Masters in Music from The Juilliard School of Music and Bachelors of Music degree from North Carolina School of the Arts. His professors included Ray Mase, Chris Gekker, and Mark Gould. Kevin Finamore is a staple of the DSO trumpet section and within the trumpet section maintains the section sound and versatility. His responsibilities include regularly rotating within the section and can often be heard playing principal trumpet on both classics and pops.