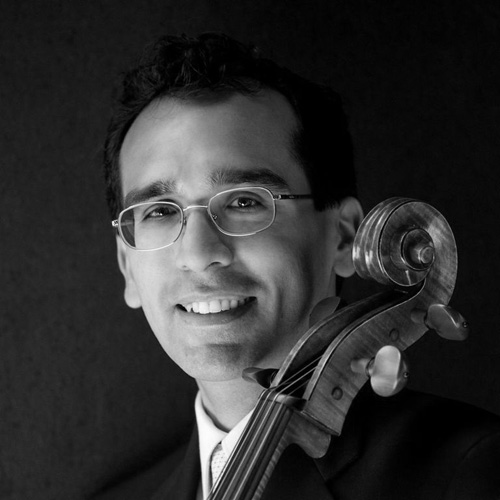 Jesús Castro-Balbi’s artistic activities include critically acclaimed performances and broadcasts in the US, Asia, Europe and throughout Latin America in chamber music and as a soloist with, among other orchestras, the Dallas and the Fort Worth Symphony Orchestras, the China Philharmonic, the Aarhus Symphony Orchestra (Denmark), the Leipzig MDR radio orchestra, the Mexico City Philharmonic and the National Symphony Orchestra (Peru). He appeared in prestigious venues from Alice Tully Hall and over a dozen appearances at Carnegie Hall in New York to the Shanghai Oriental Arts Center and Tokyo’s Suntory Hall.

Beyond the beloved standard repertoire, he has developed a long-standing affinity with music of our time, whether bringing the Lutoslawski concerto to audiences from New Orleans to Lima, performing William Bolcom’s Capriccio at the Cliburn at the Modern series in Fort Worth, presenting the American premiere of Lera Auerbach’s Postscriptum in New York with Clavier Trio, or recording the complete music for cello and piano by Robert Rodriguez with pianist Gloria Lin. To date, he has presented 51 premiere performances of concerti, chamber music and cello ensemble music, the world premiere recording of 17 works, and is the dedicatee of 19 compositions. Notable among these is his 2015 recording of the cello concerto Lord of the Air by Jimmy López for Harmonia Mundi with the Norwegian Radio Orchestra led by Miguel Harth-Bedoya. This album was named Album of the Week by the Chicago Tribune, Le Choix de France-Musique, and won the Luces prize in Peru.

He presents master-classes and seminars abroad at Beijing’s Central Conservatory, the Paris Conservatoire, the Leipzig and Stuttgart Hochschule, for the Japan Cello Society, and in the US at the Juilliard School and the Yale School of Music. He adjudicated on the Dallas Symphony Orchestra’s Lynn Harrell Competition, the Sphinx Competition (Michigan), and at the Aiqin Bei (China), Lutoslawski (Poland) and Carlos Prieto (Mexico) international cello competitions.

Since 2003 he has developed a robust studio of undergraduate and graduate cellists from the US and abroad at the Texas Christian University School of Music in Fort Worth, Texas. He is the founding artistic director of the TCU Cello Ensemble and of the TCU Cellofest, led the Faculty & Friends Chamber Music Series for 11 years, and received the College of Fine Arts Award for Distinguished Achievement as a Creative Teacher and Scholar. His commitment to the university extends to service on various forums advancing the institution’s mission ranging from the Faculty Senate to institutional strategic planning.

Of Peruvian heritage, raised in France and now a US citizen, Dr. Castro-Balbi graduated from the Conservatoire National Supérieur at Lyon, Indiana University at Bloomington, the Yale School of Music, and holds a Doctor of Musical Arts degree from the Juilliard School. He had the privilege to learn from Iseut Chuat, Marc Coppey, Jean Deplace, Aldo Parisot, Janos Starker, and members of the Amadeus, Borodine, Juilliard, Ravel and Tokyo String Quartets.